As you know I ALWAYS try to keep you up to date on anything NEW that Hallmark has or will have that is Twilight related.

I am happy to say that I have some NEWS! I am even more excited by what the news is! :)

Today I found out there
will be a NEW Twilight
Keepsake Ornament this year!!! 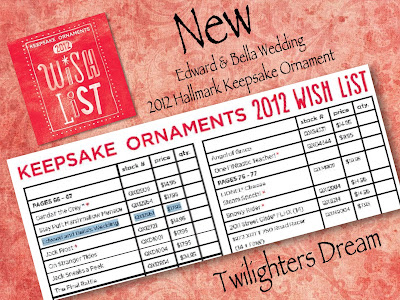 That's right! Hallmark will be adding a third ornament to join the previous two ornaments they have had in years past. 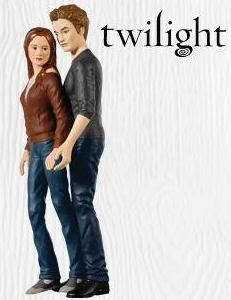 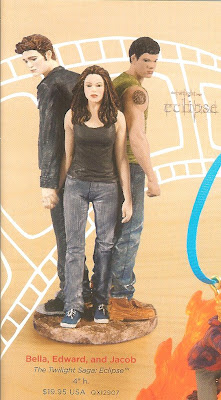 This year (2012), they will be releasing an ornament inspired by Breaking Dawn Part 1. The only details I have so far is that the ornament is called "Edward & Bella Wedding" and will sell for $17.95.

The ornament is said to be available during Hallmark's Keepsake Ornament Premiere which is on Saturday and Sunday, July 14th and 15th.


Be sure to follow my blog or Twilighters Dream on Facebook and I will keep you posted on any new information as I receive it.


I will also provide you with an Exclusive First Look just like I did last year with the 2011 Keepsake Ornament. 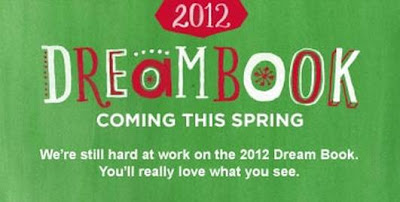 Posted by Twilighters Dream at 9:15 PM