ONLY ONE WEEK UNTIL
BREAKING DAWN PT 1!


It was sort of the pattern to my life,
I’d never been strong enough to deal
with the things outside my control,
to attack the enemies or outrun them.
To avoid the pain.
Always human and weak,
the only thing I’d ever been able
to do was keep going.
Endure. Survive.
It had been enough up to this point.
It would have to be enough today.
I would endure this until help came.
I knew Edward would be doing everything he could.
He would not give up. Neither would I. 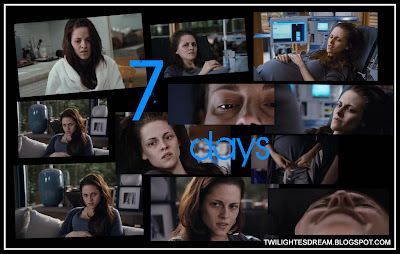