"I Didn’t Mean It" by The Belle Brigade 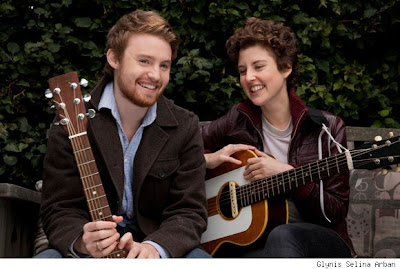 Brother-sister duo the Belle Brigade didn’t set out to write “I Didn’t Mean It” for theTwilight Saga: Breaking Dawn – Part 1 soundtrack, but it came out ideally suited to the mood of the hyper-romantic vampire flick. “We wrote ‘I Didn’t Mean It’ while housesitting for our friend with a piano,” says frontwoman Barbara Gruska. “We pretty much wrote the whole  song in a few hours, which is a lot faster than usual. We were really excited about the song when we wrote it, and it kind of sat around for a little while until we were asked for material for Twilight. The song is about jealousy, so it works well with the whole Twilight love triangle.”
Source: Rolling Stone
Thanks to Pure Twilight for posting the info. :)
Posted by Twilighters Dream at 11:09 AM