We learned some sad news today about the loss of a Twilight Fan at Comic Con. I am glad to hear they will be having a moment of silence in Hall H to remember Gisella. I love our fandom! Twilighters always come together. ♥ 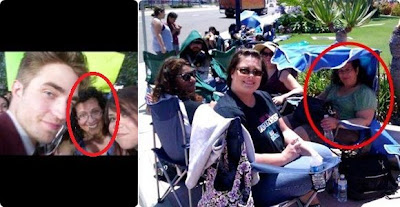 Lionsgate, Summit and the entire Twilight community are saddened by the death of a Comic-Con fan today due to a traffic accident during the hours leading up to this year’s convention in San Diego.  Our thoughts and condolences go out to the victim’s family and friends.  She will be respectfully remembered this Thursday in Hall H.

Details of what happened via  RobKris13:

A few details about Gisella's accident: First, let me explain what was happening this morning re the line. Security decided we had to move once again and told us it would be an hour before we would do so. She went with friends across the street thinking there would be plenty of time before they had to return. Security then came back and told everyone they had decided to move us in 20 minutes. They were rushing back to the line to gather their things to move.

I received info from someone who went with her to the hospital that they were rushing across the street, the car turned in front of her, she made eye contact with the driver, she tried to stop to avoid the car, stumbled and fell hitting her head on the pavement. The car didn't hit her.

The media was already here at the convention center so they were on scene at the intersection trying to interview us "are you a friend? tell us about her. did you see the accident?" and trying to interview the poor devastated driver and his family. It was so intrusive.

Yesterday I wasn't happy about the need to come so early to line up and camp out for the panel on Thursday. Now I'm glad I did because I had the opportunity to talk and laugh with Gisella, L & J, because they were sitting next to us in line...it will always be a treasured memory.

This horrible accident has caused all of us in line to bond and be even closer. Lots of tears and hugs and we are planning to honor Gisella in some way tonight or tomorrow.

Please remember her family and friends in your prayers. 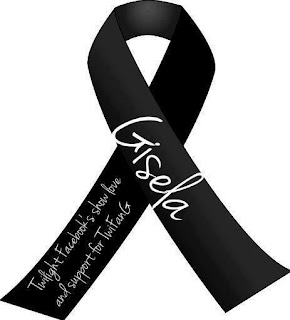 The Twilight Cast has also taken to Twitter to tweet their thoughts and prayers for her family and friends. #RIPTwiFanG #FandomisFamily

Twilight Saga Updates and News also has posted several other messages from fans around the world.

A memorial fund has been set up to help @mad4hugh's (aka TwiFan G) family cover funeral expenses. So far $5,703 has been raised and Summit donated $1,000. You can donate here. 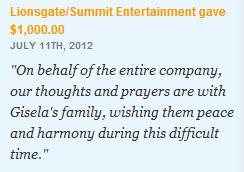 I have to say that I am truly thankful to be apart of a great fandom. In good times and bad times we are a very vocal bunch. Twilighters always stick and come together.. we are passionate and devoted. I love it! <3 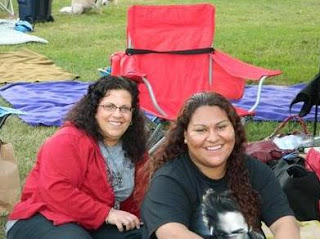 Posted by Twilighters Dream at 2:14 PM