This is my third blog in the series on Dreaming up a Twilight Party. Previous blogs were on what to wear and what to put on the party menu.
This blog is all about the decorations! Embrace your inner Alice and have fun with this one. I did. :) Here are some of the things that I did for my Twilight Party I hosted last August.

Once the menu was decided, I started to work on the decorations. Since everything had to be red & black or Twilight that made it easy! I went and got black table cloths to cover all the tables with. Bought red & black cups, plates, napkins, and utensils to serve the food on. I also got Eclipse party plates and napkins as an added twi-touch. Don't forget the red and black streamers and balloons so you can decorate the ceiling. I decorated the ceiling in both the family and living room. 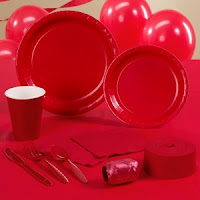 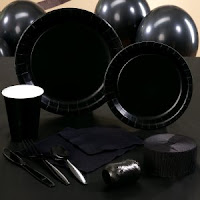 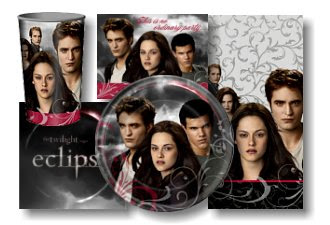 If you have time or can find red or white stringed lights that's also a great touch but I couldn't find them in August. However if you plan ahead buy them after Christmas when they will be on sale and save them in your party bin. You can hang them around the ceiling as well, on a mantle surrounded by framed photos, on the food table weaved throughout the platters, etc... There are lots of places to put lights that would look great. 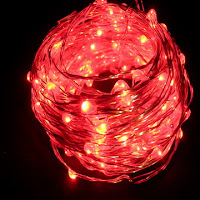 For the more FANGTASTIC decorations it got fun!
I have four life size cutouts of the characters - Edward, Bella, Jacob and one that had all three of them from New Moon. I places them around the house and by the drink table. It was cool because it "felt" like they were there partying with us.


I also used red tinsel hearts that I got at the party store around Valentine’s Day and printed pictures from the movies and hung them inside the hearts. You just need a hole punch and fishing line since it's invisible to hang the pictures to the hearts. This way it looks like the pictures are floating inside. Very cool! 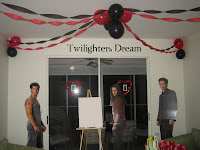 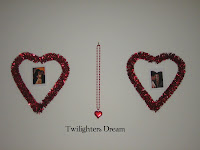 I got bags of red rose petals from the dollar store and sprinkled them everywhere. I put them on all the tables and counter tops including the dining room table, end tables in the living room, drink and food table...any place just to add a little decoration. I also got confetti at the party store in the personalized name section, I found an “Edward” and “Jacob”. I sprinkled them on the counters as well.

Oh don’t forget to have a bowl of red apples and red satin ribbon around the room too! This represents the forbidden fruit and Eclipse ribbon. 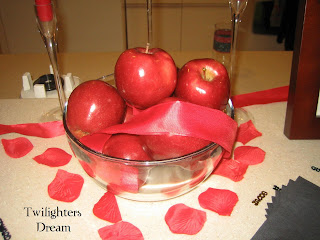 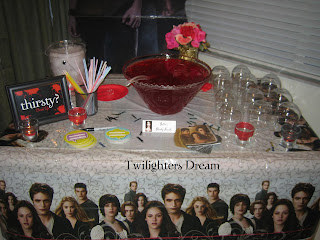 If you really want to pay attention to detail and wow your friends like I did here's a great idea. Print out some of your favorite pictures from the movies and place them in every picture frame in your house. It's kinda of neat to look around and see the characters everywhere you look. HAHA It's almost like they are family because EVERY frame has their picture in it instead.You can put the pictures into your existing frames and/or you can get some black frames from the dollar store and put them in there. 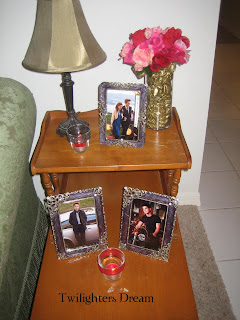 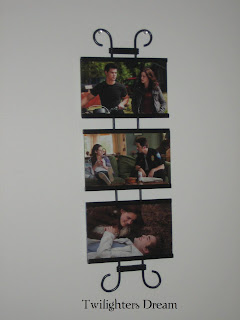 I not only bought black ones from the dollar store but I tried to use the frames that I had at the house and choose the perfect picture to put in them. On my entertainment center I placed the four Twilight Saga books  and I used four frames and made them themed to go along with the book. Each picture represented something that happened in that book.
For example, I used my beach frame and put a picture of Jacob and Bella on La Push beach after he saved her from cliff diving next to New Moon. I also put a picture of Edward and Bella in my engagement frame since they got engaged in Eclipse next to the Eclipse book. 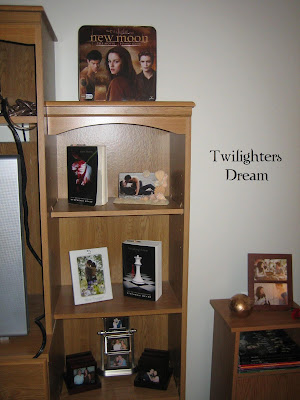 Next to my entertainment center I put two pictures of Edward and Bella from biology class and after they won the golden onion next to an onion that I spray painted gold. Which later you will find out was a prize in one of my games! 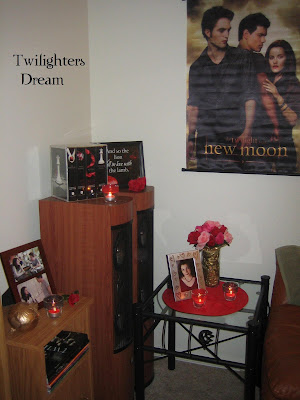 I even handmade some decorations!!  I made a welcome sign for my front door and put each letter on a cutout of an apple. I bought votive holders from the craft store and hot glued red and black SPARKLY ribbon around the tops which I placed red candles (apple scented of course) inside! The candle holders I placed ALL around the house on every surface. 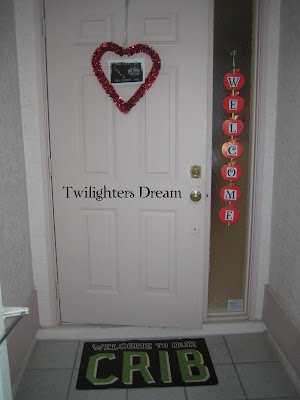 If you're like me and want to go twi-crazy with the decorations feel free to let Alice loose in all areas of the house. I decorated all the main areas of the house where my friends and guest would be. The majority of the party would be in the kitchen and family room but what about the guest bathroom! Yes, I even decorated the bathroom. 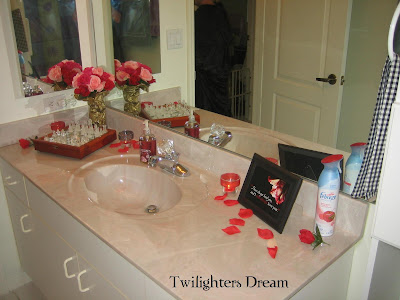 I placed vases of red and pink roses along with the red rose petals around the sink. I also put the red and black sparkly votive holders with apple scented candles on the counter. I even had apple scented air freshener. I found this cool black and white checkered towel at Jo Ann Fabrics that reminded me of a chess board so I hung that on the towel rack and places a glass chess set on the counter as well.
I also replaced my butterfly frame in the bathroom with a picture of Edward and Bella in the meadow and put some more red hearts on the wall above the towel rack. 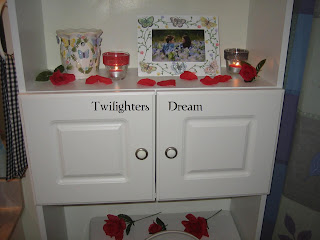 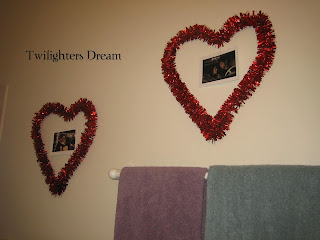 In the hallway on your way to the bathroom I had more red hearts with pictures from the movie in them. For those Team Jacob fans I put a heart with Jacob's picture in it and hung the dream catcher that Jacob gave Bella for her birthday hanging below it. :) 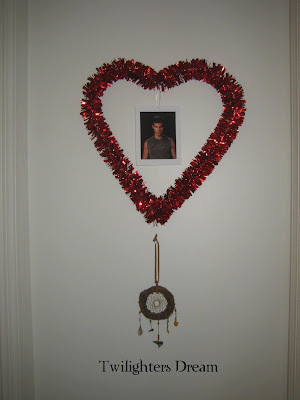 There are many many more decoration ideas that you can do. These are just some of the ones that I did for my party. I wanted to make sure that every place inside and out that my guest would see was twi-decorated in some way.

Lastly first impressions set the mood of the party so don't hesitate to decorate outside your house. Who cares what your neighbors think....let your guest be WOWed from the moment they pull in the driveway. 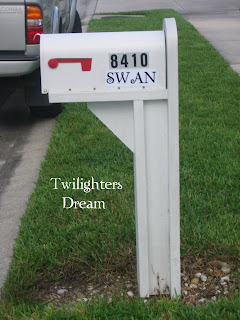 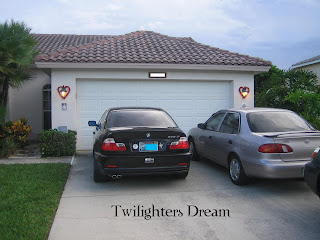