Sins of the Innocent: A Novella by Jamie McGuire

Did you see the big reveal in the June edition of McGuire Monday? Author Jamie McGuire revealed the cover for a new novella coming out later this month. 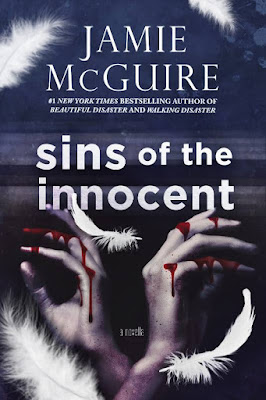 Sins of the Innocent is a novella for Jamie's first ever book and book series called The Providence Trilogy. This novella will follow Eden Ryel, daughter of Jared and Nina Ryel, on her journey as she realizes her true purpose of the keeper of the balance.

Overview:
In the horror show of Gods and Monsters, Eden Ryel was the star. Conceived of her mother, a Merovingian--a direct descendant of Christ--and her father, the half-human son of a fallen angel, her very existence had prompted The Great War. Prophesied to be the Keeper of the Balance, Eden struggles to realize her purpose.

Levi, the overconfident and charming half-human son of Lucifer takes nothing seriously. Not even when he finally meets the young woman who is destined to end his existence. A common bond is formed under the pressures they face from both sides, but their respective religious texts predict opposite outcomes. Either way, they must choose: war, death, or love.

SINS OF THE INNOCENT: A Novella is expected to be released on June 28th and is now available for Pre-Order on Amazon and iBooks.

Add Sins of the Innocent to your Goodreads!

Be sure to check out The Providence Trilogy! You'll love them!!!

I enjoyed reading AND listening to the audio books!

PROVIDENCE
In the old world shadows of Providence, Rhode Island, Nina Grey finds herself the center of a war between Hell and Earth. 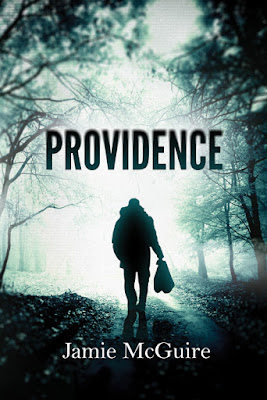 Struggling with her father's death, Nina meets Jared Ryel, presumably by chance. However it soon becomes clear that he knows more about her than even close friends. When her father's former associates begin following her in the dark, Nina learns that her father was not the man she thought he was, but a thief who stole from demons. In searching for the truth behind her father's death, she stumbles upon something she never expected, and something Hell wants, that only she holds the key for. Jared risks everything to keep the women he was born to save, by sharing the secret he was sworn to protect. 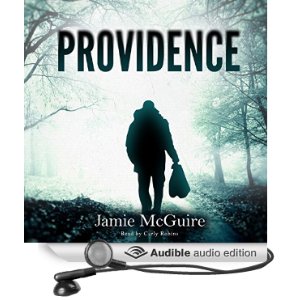 The audio book is amazing!!!! Carly Robins is fantastic!!!
She has the best voice and her inflection as she reads is both entertaining and enjoyable. Her voice reminds me of Kristen Bell from Frozen.

REQUIEM
Dreaming of the dead might mean a restless night for anyone, but for Nina Grey it was a warning. 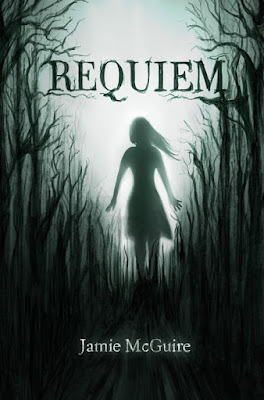 Still healing from her last run-in with Hell, Nina struggles with not only her life as a Brown University student, but also as an intern at Titan Shipping, her father's company. Recurring nightmares about her father's violent death have become a nightly event, but being overwhelmed with guilt from Ryan's unexpected departure to the Armed Forces, and heart ache over Claire being across the ocean to protect him, Nina believes her sleepless nights are the least of her problems—but she's wrong.
Worried about Nina's declining health, Jared must steal back Shax's book for answers. Fighting new enemies, and with the help of new friends, Jared's worst fear comes to fruition. Desperate, he is faced with a choice: Fight Hell alone, or start a war with Heaven.

Once again Carly Robins lends her amazing voice as the narrator!! I've listened to many audio books and she is my favorite. I hope the third book in this trilogy also has an audio format soon and that she narrates it as well. Give it a listen and you'll see what I mean. #Brilliance 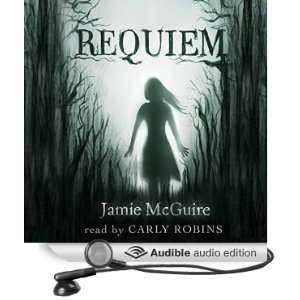 EDEN
She had seen the unspeakable.
She would learn the unknowable.
Now, she would fight the invincible. 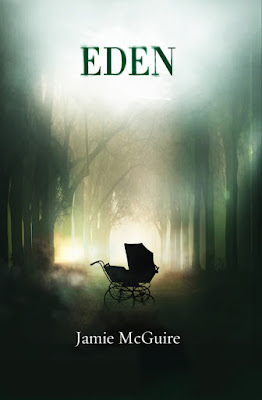 In the third and final installment of the Providence series, Nina Grey will marry the wrong man, carry the child that was never supposed to be born, and fight a war she can't win. Faced with the impossible task of protecting his new wife and unborn child against the throes of Hell, Jared Ryel is allowed no mistakes. Pressured to return the Naissance de Demoniac to Jerusalem, he revisits St. Ann's to learn the answers were in front of him all along. Together, they must survive long enough to let their child save them—and the world.

The books are available individually but you can also 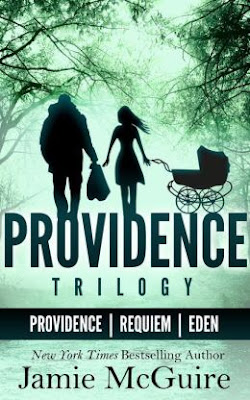 Available on Amazon and Barnes & Noble.

I can't wait for this novella! Let the countdown to June 28 begin!

PRE-ORDER NOW ON AMAZON OR iBOOKS.

To stay up to date on all things Jamie McGuire be sure to subscribe to her newsletter. It's full of all her upcoming projects and latest news. Newsletter subscribers also get exclusives like giveaways and cover reveals! You can sign up at www.jamiemcguire.com. 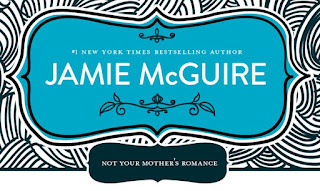 Posted by Twilighters Dream at 5:30 PM