It's time, it's time!!! The Twilight Stories Short Films are here!

In November, Lionsgate, Women in Film, Facebook, Volvo Cars and the author of the Twilight books, Stephenie Meyer partnered to present a truly unique opportunity: the chance for women writers and directors to create Short Films set in the Twilight universe.

After months of voting for our favorite character stories, screenplays and directors the Short Films have premiered on Facebook!!! I am truly blown away by the amazing talent and beautiful storytelling in each of the seven unique films. Watch them now and vote for your favorite!!! 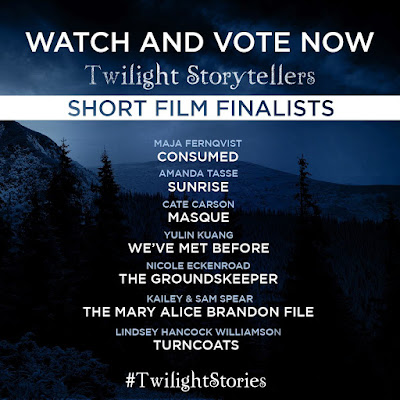 CLICK ON THE SHORT FILM TITLE BELOW TO WATCH

CONSUMED is the emotional story of Jane's past. Like her brother Alec, Jane was always "special," but in their quaint hamlet, their specialness inspires scorn and has terrible consequences until a mysterious stranger comes along and takes an unusual interest in them. Directed by Maja Fernqvist. Screenplay by Megan Reese and Cullyn Doerfler.

Terrified that his own special power has caused so much harm, Benjamin turns away
from the world. SUNRISE details Benjamin's return to his human roots, where he can
no longer hide from the girl that stole his heart long ago.
Directed by Amanda Tasse. Screenplay by Alanna Smith.

After her transformation, Esme's struggle to overcome her craving for human blood is only intensified by the painful memories of her tragedy-ridden past. In MASQUE, Carlisle helps Esme find hope for the future...and maybe even a family. Directed by Cate Carson.

In WE'VE MET BEFORE, Alice and Jasper meet for the first time...or so it would seem. As the conversation evolves, the history of their true and everlasting love is coyly revealed.
Directed by Yulin Kuang. Screenplay by Thea Green.

In THE GROUNDSKEEPER, Alice and her fearless confidante grapple with the grave choices they are forced to make when a unique kind of hunter has Alice in his sights.
Directed by Nicole Eckenroad. Screenplay by Sarah Turi Boshear.

Set as a moody period drama with a pinch of Gothic mystery,
THE MARY ALICE BRANDON FILE explores Alice's resilient spirit as her dark past is revealed.
Directed and Screenplay by Kailey and Samantha Spear.

Set against the backdrop of the American Revolution, TURNCOATS explores
the characters and events that forged Garrett and Carlisle’s enduring friendship.
Directed and Screenplay by Lindsey Hancock Williamson.

VOTE FOR YOUR FAVORITE HERE!

And "The Storytellers — New Voices of The Twilight Saga" Short Film presented by Volvo Cars US winner is... Watch Twilight director and #TwilightStories panel judge Catherine Hardwicke reveal the winner! Thank you everyone for watching and voting for their favorite short films!
Posted by The Twilight Saga on Friday, August 7, 2015

Posted by Twilighters Dream at 4:37 PM No comments:

Something Beautiful: A Novella

We first met them in Beautiful Disaster and Walking Disaster. She is the best friend of Abby Abernathy Maddox and he is the cousin of Travis Maddox. Yup, that's right another MADDOX BOY IN DA HOUSE!!!!

Something Beautiful: A Novella by Jamie McGuire tells the story of America Mason and Shepley Maddox! I am super excited for their story!!! 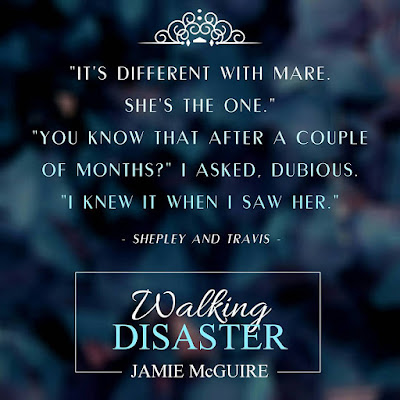 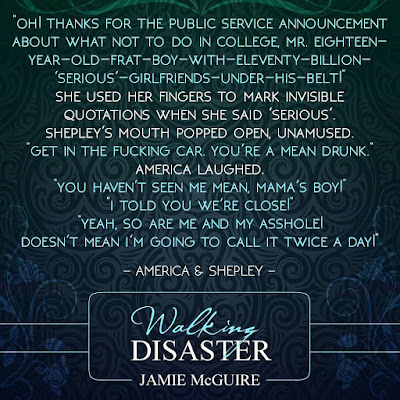 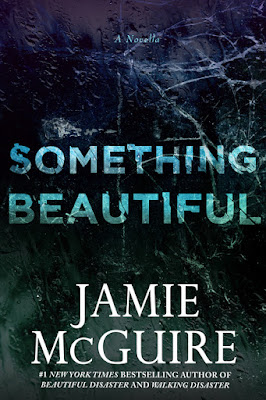 Love isn't the only disaster.

America Mason, a sassy undergrad at Eastern State University, is in love with a Maddox--Shepley Maddox. Unlike his cousins, Shepley is more lover than fighter, but a road trip to her parents' home in Wichita, Kansas could mean the next step, or the end of everything.

Add to your Goodreads!

Posted by Twilighters Dream at 3:43 PM No comments: